Arsenic is a toxic element that occurs naturally in rock and soil. It is used for a variety of purposes within industry and agriculture, like wood preservative and insecticide, and is a byproduct of copper smelting, mining, and coal burning. Arsenic is commonly found in groundwater, which must be tested, since it does not give the water a detectable taste, smell, or color.

Arsenic is found in multiple forms, some of which are more toxic to humans than others. In Alaska, most arsenic in groundwater is likely derived from inorganic arsenic that occurs naturally in the Earth's crust, most commonly as the mineral arsenopyrite. When arsenopyrite oxidizes into its elemental components (similar to the way iron rusts) and those components enter the groundwater system, the resulting arsenic, as pentavalent arsenic [As(V) or arsenate] and trivalent arsenic [As(III) or arsenite], is toxic to humans. Arsenite is both more harmful and more mobile in groundwater than arsenate.

Soils in some parts of Alaska have high concentrations of inorganic arsenic, which can leach into groundwater and render private well water unsafe for consumption. Arsenic in surface water, however, tends to bind with iron oxide and organic material, making it less mobile, and therefore, less likely to reach drinking water sources. Arsenic also accumulates in food crops grown in arsenic-rich soil or watered with contaminated groundwater.

When acted on by microbes, inorganic arsenic can be changed into a less toxic organic form, which can accumulate in seafood.

Testing the quality of your water

The Environmental Protection Agency (EPA) set the arsenic maximum contaminant level at 10 parts per billion (ppb) for drinking water. The EPA standard applies to public water systems, but can be used as a guideline to evaluate the water quality of private wells. Maximum arsenic levels of 100 ppb for gardening and 500 ppb for washing are also recommended.

Arsenic has been found in groundwater wells in the Fairbanks area, Seward and Kenai Peninsulas, Mat-Su Valley, and Anchorage. Other locations in Alaska also likely to have arsenic concentrations greater than the EPA limit of 10 ppb. Because arsenic levels can change over time, the Alaska Department of Health and Social Services (DHSS) recommends you test your private well annually for arsenic and other contaminants, especially if it is known that there is arsenic in the water from wells in the same watershed. Be aware that arsenic levels in groundwater and well water can vary seasonally or following geologic events such as earthquakes.

What can I do if my water has arsenic in it?

Arsenic can be removed from drinking water by a number of available technologies, the choice of which depends on the amount of water to be treated, the amount of arsenic present, and the presence of other contaminants. Heating or boiling your water or adding chlorine (bleach) as a disinfectant, however, will not remove arsenic. An alternative is to use bottled water or a water delivery service.

If you are considering purchasing a system to remove arsenic from water in your home, ensure that it is NSF-certified for arsenic removal. There are two main types of arsenic removal systems: point-of-use and point-of-entry. Point-of-use systems are designed to be used at the tap and provide treated water for cooking and drinking. Since the health concerns associated with arsenic are due to ingestion, a point-of-use system is often adequate, as well as less expensive to buy and easier to maintain. The point-of-entry system treats all water as it enters the house. The two most common and cost-effective methods for arsenic removal are adsorptive media and reverse osmosis. More information about treatment systems is available from the DEC Drinking Water Program, UAF Cooperative Extension Service, private contractors, and online. If you do treat your water to remove arsenic, maintain your treatment systems regularly and test the treated water to ensure proper system functionality. 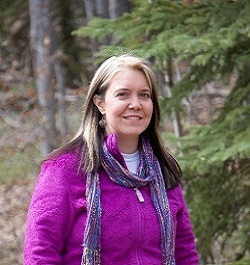 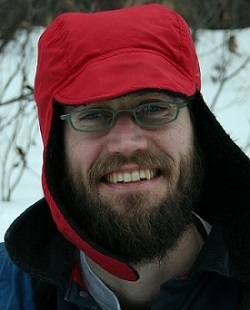