DGGS is the lead state scientific agency responsible for evaluating potential geologic hazards to buildings, roads, bridges, and other installations and structures within the state (Alaska Statute 41.08.020). This includes mapping active faults and folds to define seismic hazards, as well as documenting the primary and secondary effects of significant earthquakes (Alaska Statute 41.08.017).

DGGS is committed to facilitating and implementing geotechnical studies for a better understanding of active tectonics in Alaska and mitigating seismic hazard for the sake of communities and infrastructure.

Living with Earthquakes in Alaska Alaska is the most seismically active state in the country, has had multiple great (M >8) historic earthquakes, and has the potential to generate the largest earthquakes in the world. On average, Alaska has had one M 8+ earthquake every 13 years, one M 7-8 earthquake every two years, and six M 6-7 earthquakes per year (Alaska Seismic Hazards Safety Commission, 2012). The southern edge of our state is an active tectonic plate boundary where the Pacific plate subducts (i.e., dives beneath) the North American plate along the great Alaska-Aleutian Megathrust. Our plate boundary comprises ~2,500 miles of the circum-Pacific "Ring of Fire" where ongoing subduction gives rise to arcs of active volcanoes and the largest earthquakes in the world. In Alaska, the Pacific plate, relative to the North American plate, moves at a rate of ~5.5+ cm/yr (~2.2+ in/yr). The Fairweather/Queen Charlotte fault system in southeast Alaska (more than 620 miles long) is the primary strike-slip structure that accommodates this ongoing subduction from the south. Plate convergence at the southern margin of the state drives distributed crustal deformation on secondary faults more than 400 miles northward into the continental interior. These secondary faults have also generated several significant historic earthquakes—such as the 200+ mile-long 2002 Mw 7.9 Denali fault rupture—and we are still discovering faults that are capable of large earthquake displacements.

Many coastal Alaska communities are located above the Alaska-Aleutian Megathrust. In 1964, the second-largest earthquake ever recorded—the Mw 9.2 Good Friday earthquake of 1964, formally named the 1964 Great Alaska Earthquake—struck Alaska. Years of studying the effects of this event revolutionized our understanding of plate tectonics. Megathrust earthquakes cause vertical disturbances to large regions of the seafloor and may put Alaskans at risk of tsunami inundation, with waves potentially reaching shores just minutes after a substantial earthquake. In addition to the primary effects of large earthquakes (e.g., shaking), the secondary effects such as tsunamis and landslides are a major concern for Alaskans. Furthermore, living in Alaska may pose additional significant, sometimes unique, complications. Many earthquake-prone regions of Alaska already exist with limited connectivity and in rugged topography with poor or no road access. Extreme cold and short daylight hours during Alaska's winters may severely hamper or impede post-event response and rescue. For these reasons, it is imperative that every Alaskan be prepared for the next earthquake. This means having emergency and survival materials on-hand, knowing what to do and where to go during and after an earthquake, and how to continue communicating with your family and community after an event.

Find out more information about earthquakes and tsunamis in Alaska. 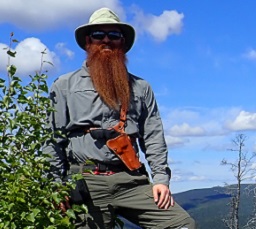