DGGS is in the process of completing a multi-year geologic mapping and mineral resource potential assessment of western Wrangellia, a geological region with high potential to host deposits of nickel, copper, cobalt, and platinum group elements (PGEs). The project area stretches from Talkeetna to Slana and includes parts of the eastern Alaska Range and the Talkeetna Mountains.

The platinum group elements and cobalt are of particular interest, because they are classified as "strategic and critical minerals" by the U.S. government. This reflects a critical importance to military and technological applications, paired with insufficient domestic production.

The goal of our work in western Wrangellia is to build an improved understanding of the area's geology and mineralization. The resulting data and reports from this project will benefit mineral exploration, government assessments of mineral potential, and the broader scientific understanding of the geology of southcentral Alaska.

The key outcome of this project is the reconciliation of new and existing geologic maps, geophysical surveys, and related datasets to form the most accurate and complete picture of the geology to date. Our maps extend PGE-prospective geology into the Talkeetna Mountains and resolve some of the structural complexity that surrounds the PGE prospects in the eastern Alaska Range.

This project is funded by the Alaska Legislature as part of the DGGS's Strategic and Critical Minerals Assessment program. The 2014 Talkeetna Mountains mapping project received matching funds from the U.S. Geological Survey's STATEMAP program.

The DGGS Mineral Resources team completed project fieldwork between the 2013 and 2015 field seasons. Our geochemistry and geochronology data have been released as DGGS Raw Data File reports, and the Talkeetna Mountains C-4 geologic map is available as a DGGS Preliminary Interpretive Report. The final publications associated with this project are DGGS Reports of Investigation: a bedrock geologic map of the eastern portion of the study area and a summary report describing our observations of the area's geology and metallogenesis. 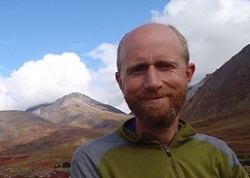